The DEEP REST project focuses on deep-sea ecosystems (> 200 m depth) that are targeted for their mineral resources by the emerging deep-sea mining industry.

Our study areas will cover nodule fields of the Pacific ocean including the Clarion-Clipperton Zone (CCZ) and the DISCOL Experimental Area (DEA) as well as hydrothermal vent fields along the northern Mid-Atlantic (nMAR) and Arctic (AMOR) ridges. 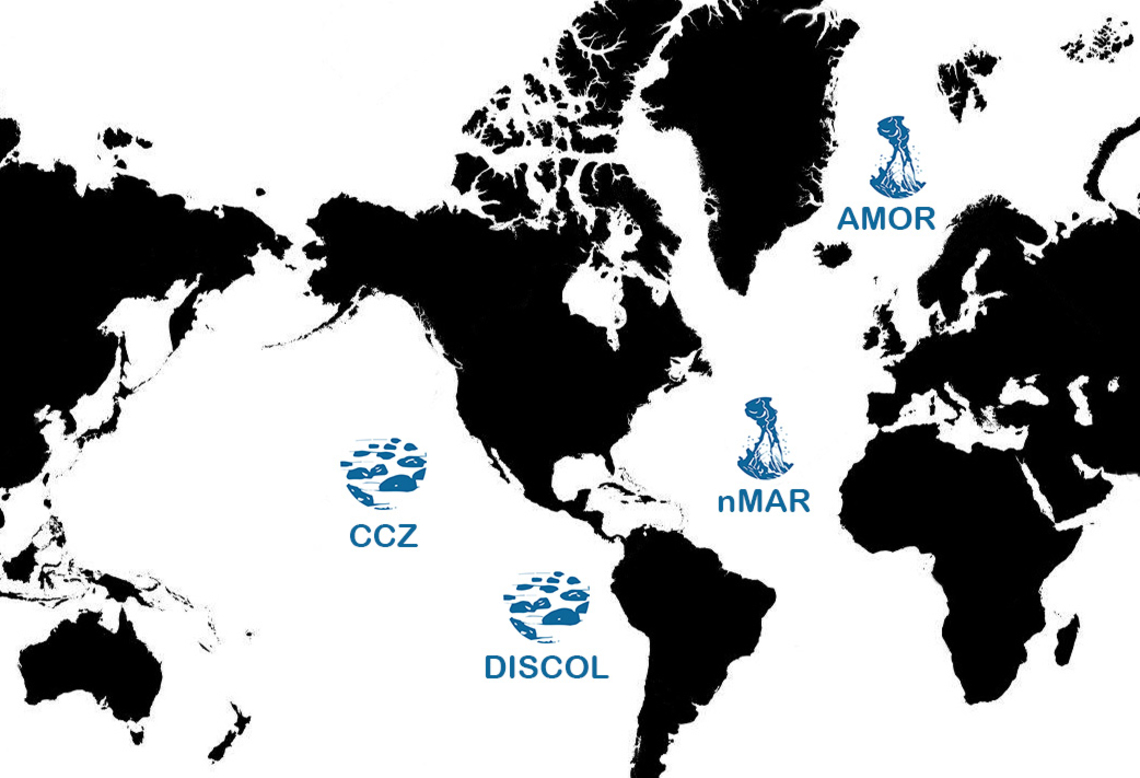 These areas are either located in the Area i.e. beyond national jurisdictions or in the Portuguese/Norwegian Exclusive Economic Zones (EEZ). Both the CCZ and nMAR harbor exploration license areas issued by the International Seabed Authority (ISA), some of them being held by European countries including Bulgaria, Czech Republic, Poland, Slovakia, France, Germany, Northern Ireland and Belgium for polymetallic nodules (PMN) as well as France and Poland for Seafloor Massive Sulfides (SMS). Each exploration license spans 75 000 km² for PMN and 10 000 km² for SMS. In addition, several European countries, including France, Norway and Portugal, support strong national strategies for the exploration of mineral resources in their EEZs, respectively in the Pacific ocean, the Arctic and the Atlantic ocean around the Azores. 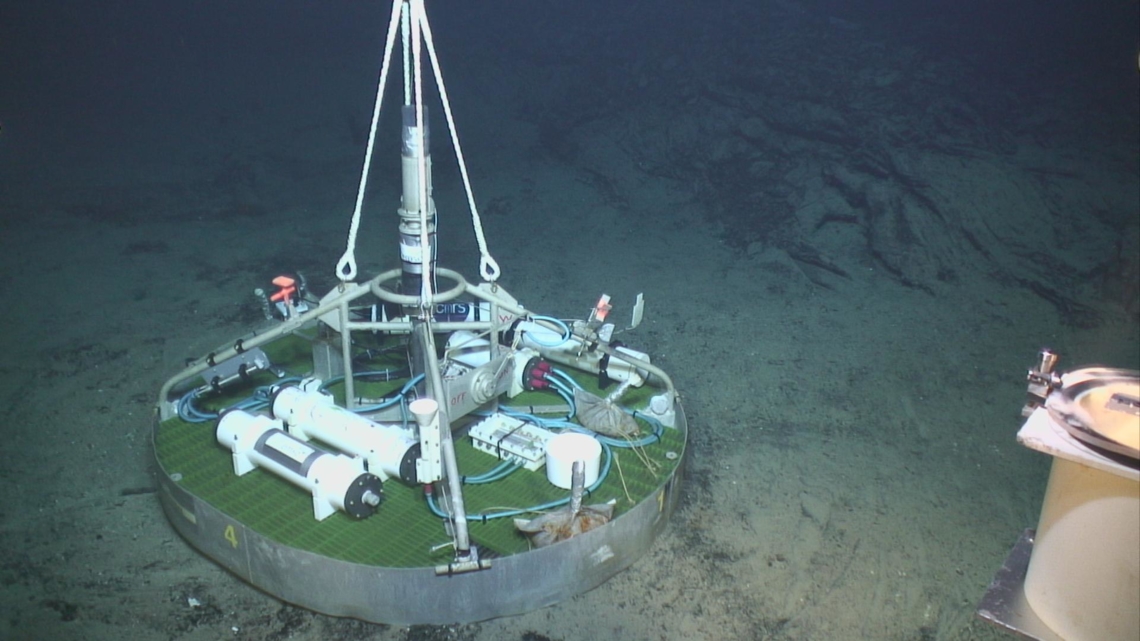 Moreover, one of the studied vent fields -Lucky Strike- belongs to a Marine Protected Area (MPA) located within the Portuguese EEZ. Since 2010, it hosts EMSO-Azores, one of the few deep-sea observatories worldwide, providing 10 years of geological, physical, chemical and biological time-series observations at an active vent ecosystem.

This observatory is also part of national (EMSO-France) and European Multidisciplinary Seafloor and water column Observatory (EMSO Eric) infrastructures that aim to explore the oceans, to gain a better understanding of phenomena happening within and below them, and to explain the critical role that these phenomena play in the broader Earth systems.